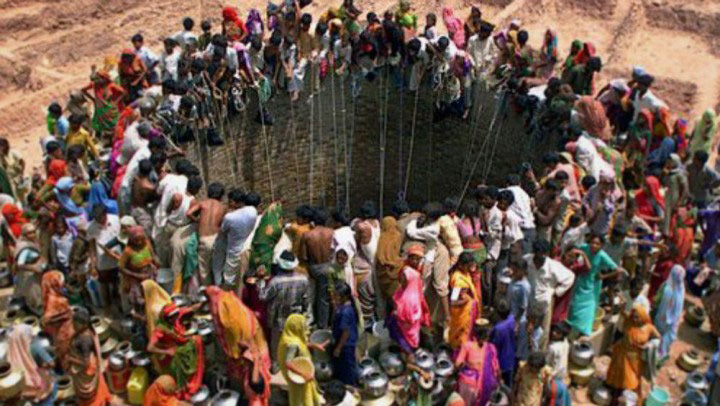 Big sighs of relief about the climate change agreement reached in Paris last week. While it is far from perfect, many experts see it as a historic turning point that puts all of us in a better position to tackle the greatest challenge of our time.

The least developed countries, however, are not so happy. From their perspective, very little has changed in terms of the resources that can help them better react to the negative impact of climate change, especially global warming. A few vague commitments were made in Paris with no immediate effect. Adaptation – the set of financial, technological, political and other actions taken to help developing countries adjust to climate change – is still largely a question mark looming ahead.

What does adaptation mean for someone living in a land-locked African state or on a South American coast? The US-based Pew Research Center found out as part of a global study on public opinion on climate change conducted in forty countries last spring. Latin Americans – Brazilians especially – are among the most concerned, the majority of them thinking that climate change will impact them personally during their lifetime. Similar averages can be found among sub-Saharan Africans: nine in ten in Uganda are very worried about the climate threat and so are about three in four in Burkina Faso and Ghana.

One of the reasons explaining these high numbers is that the people who are most concerned are usually the ones worst hit by climate change in their daily lives. They know first-hand. In the last few years, severe flooding has hit Chile, Peru, Uganda and Burkina Faso, which has also seen vast areas turn into desert. Thousands of people have had to flee. It is estimated that up to thirty percent of household members in Burkina Faso’s Sahel zone have become ‘climate refugees’ or displaced due to global warming in the last twenty years. Similar levels of anxiety emerge from interviewing Filipinos, who live in one of the countries most at risk from climate change according to a recent UN report. Inversely, people from countries less hit by climate change are generally less worried – only three in ten in the US and just over one in four in Europe and the Middle East.

The level of awareness behind these concerns is anything but generic. People worst-hit by climate change can prioritise the kind of risks they need to adapt to. In line with world averages, drought or water shortages are the top worry for Brazilians, Venezuelans and people living in the Sub-Saharan African region. The second-most cited concern is extreme weather (especially in Malaysia, Pakistan and South Africa), followed by extreme heat (in Malaysia again, but also in Indonesia and Nigeria above all) and rising sea levels (South Korea).

A sad reality becomes evident in talking with citizens from the South: they have to live with the worst impact of something they did little, if nothing, to cause. They are among the most exposed to unprecedented changes in their environment and often the least equipped to address them properly. Yet, it is amazing to see so many of these citizens take action to reverse what is happening to our planet.

Take, for example, farmers who have started using innovative tools like participatory videos to share best adaptation practices across villages, countries and even continents. For a day farmers and ordinary villagers become film-makers. They interview each other to share their views on climate change and recommend best farming practices to adapt to the evolving situation. Videos from as diverse places as Nicaragua (2014), Malawi (2008) and Macedonia (2013) show farmers sharing advice with their fellows who may be facing similar climate hardships around the world. When internet connection is not an option, these videos can be screened in nearby villages, as it happened with the Malawi video. Viewers from the same district later shared their feedback, showing their appreciation for this tool.

Take another example from the results of a global poll by U-Report, a messaging platform for youths in developing countries, which was run on 30 November – the first day of the Paris climate conference. When asked what they could do to reduce the negative impact of climate change in their community, most of the youths interviewed mentioned either recycling or reducing consumption or planting trees.

What these examples show is the resilience of people affected by climate change in developing countries. Some of them go as far as taking collective responsibility for what is happening to our planet. They don’t make excuses but recognise climate change is the result of either careless exploitation or shameful inaction.

Beyond the wishful thinking about what the international community should do to rise to the adaptation challenge, recent data show that even citizens from the least developed countries are confronting their changing environment with awareness, creativity and determination.

Happy Holidays to all and see you back in January!