The world upside down 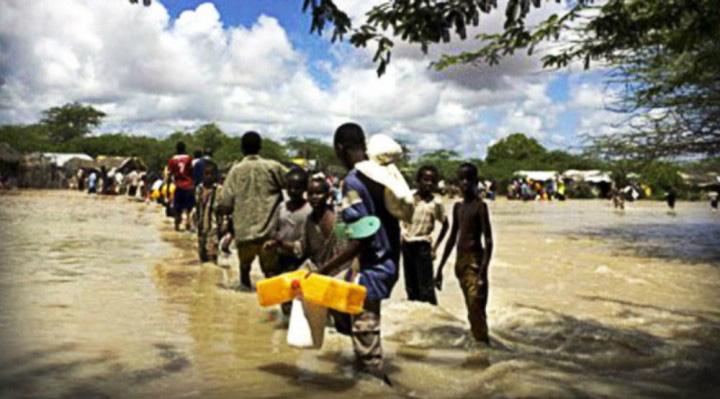 Living in Paris and working on development and climate change issues, I couldn’t escape the deluge of updates on the ongoing Conference of the Parties (COP21) even if I tried. Curiously enough, for all the articles, policy analyses, recommendations, briefings and papers I have been reading, it is hard to find anything voicing the views of average citizens from developing countries on global warming and climate change. Virtually everything I have read reflects the positions of either experts or advocates.

Many would agree that when it comes to these topics you really enter the realm of science and so you should let people with technical knowledge do the talking. But what this argument does not take into account is that those who live with some of the worst impacts of climate change on a daily basis may have unique perspectives and even solutions to share that expert studies ignore.

Only this week have I discovered that the main UN body overseeing the climate change negotiations, UNFCCC, co-organised an unprecedented global consultation on climate change last June together with the Danish Board of Technology Foundation, the French National Commission for Public Debate and the association Missions Publiques. Around 10,000 citizens engaged in a day-long information and discussion session in 76 countries, each country gathering one hundred people representative of its population. Participants addressed the same issues that are being discussed at the Paris conference right now and then answered 30 questions. Results showed that global citizens are ‘very concerned, critically thinking, impatient and proactive’.

In discussing tools to tackle climate change, 63% of citizens believe that COP21 must do whatever it takes to keep global warming below 2°C. Two out of three citizens think that addressing climate change is an opportunity to improve the quality of our lives. This figure is even higher in emerging countries like India and Brazil and in Latin America. Across the board, more than three quarters consider education programmes the most popular tool to reduce greenhouse gas emissions. Almost half (45%) are against exploring our planet to find more fossil fuels, like oil. Surprisingly, this is also the opinion of more than a third of citizens from oil-exporting countries.

Four in five respondents think their country should reduce greenhouse gas emissions even if many other countries do not take similar measures. 68% would like to see a long-term goal of zero emissions by the end of the century that is legally binding for all countries, developing and developed. However, when you look at the findings from the world’s least developed countries, the picture changes quiet significantly. Here an above average number of people believe a legally binding agreement should only concern developed and emerging countries, which is in line with what their respective negotiators are calling for in Paris. 84% believe high-income countries should pay more than already agreed after 2020. A higher number of representatives from the least developed countries seem to make further distinctions by saying that other, richer developing nations should bear the same responsibility as developed ones.

Between the statistics you can see how this debate among average global citizens gets into sensitive territory – particularly in terms of funding. More people from the least developed countries think only high-income nations should contribute to the global mechanism financing efforts to combat climate change, the Green Climate Fund. An even higher number believes developing country efforts should completely depend on funding from advanced economies – not surprisingly, as climate change mainly impacts the most vulnerable countries, which historically have contributed the least to the problem.

Reading these findings, there is nonetheless reason to believe in the power of coming together. Respondents from the least developed countries see gender equality initiatives as a way to help reduce emissions. More than half say climate change is a national priority, and it should be. Almost forty percent strongly believe this global consultation will be used meaningfully in Paris in the next few days. Globally, the great majority of respondents are calling for stronger accountability, with 90% believing all countries should publish an annual report on their emissions and progress made.

It remains to be seen how many of these recommendations will be taken on board by COP21. One thing is sure: global citizens want to be part of climate change talks. They want to stay engaged.