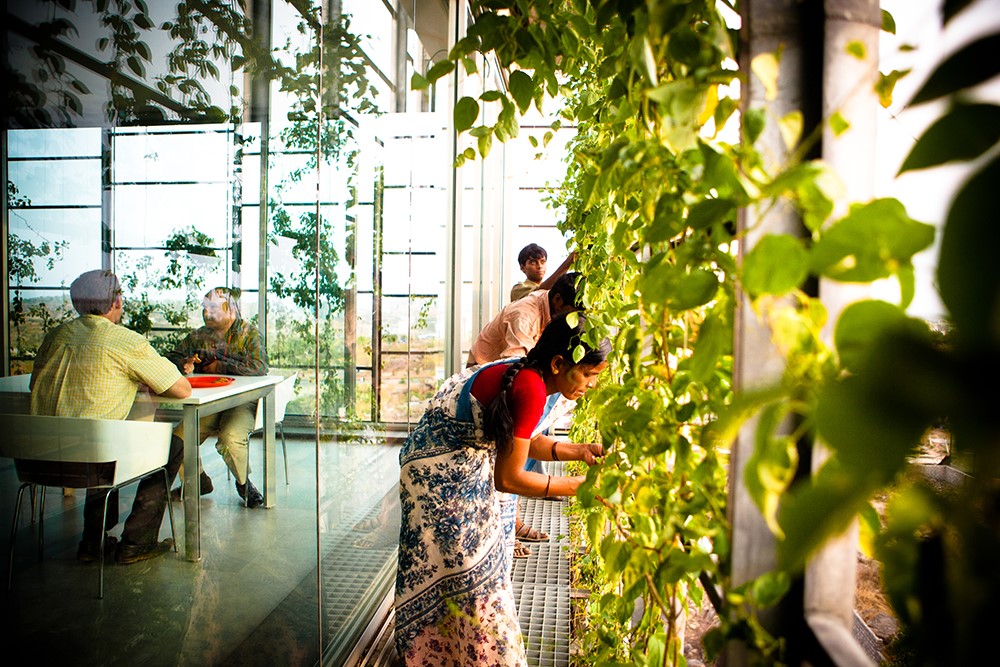 After the climate change conference in Madrid (COP 25) and before the end-of-the year holidays, it is a fitting time to think of those who are most vulnerable to the impact of climate change, particularly those without a place to live – the homeless. I discuss their challenges with Rajendra Kumar, the Director of the School of Architecture at Noida International University, just South-East of New Delhi, India. Rajendra, who is also a member of civil society platform CIVICUS, promotes sustainable architecture, both in his native India and around the world. Here he explains what role architecture can play in reducing the harshest effects of climate change on the homeless.

Rajendra, tell me a bit about yourself. How did you come to the decision to focus on environmentally sensitive architecture?

I come from the city of Chandigarh [about three and a half hours north of Delhi]. Chandigarh is different from other Indian cities. It was originally designed by Swiss architect Le Corbusier. Today, it is a very ecologically driven city. People who live there are not stressed. Chandigarh inspires many architects – good architecture is healthy. I felt a similar degree of relaxation when I moved to Spain for my first job. You could easily feel the difference there in terms of mental stress.

Why are you so interested in raising awareness of the issue of homelessness in cities that are particularly vulnerable to climate change?

Homelessness is a relative concept. Home is not just about having a shelter but also about having a sense of safety and belonging. A home gives you comfort, a sense of ownership, and physical and psychological protection. I may live in the nicest hotel when I travel and yet not feel at home. For the homeless, too, it is important to ensure they have a place to live AND feel secure.

Climate change is rapidly changing the world. Last summer India experienced 49-degree weather. It’s the new normal here while we still have to carry on with our life. Twenty years ago, I would have never imagined living in this kind of extreme weather. In my area, the average Indian house has two to four air conditioners now. We have on average two cars in every family. Car pollution is everywhere. There is a lot of deforestation going on and floods often cause people to die. Our lifestyle is changing. 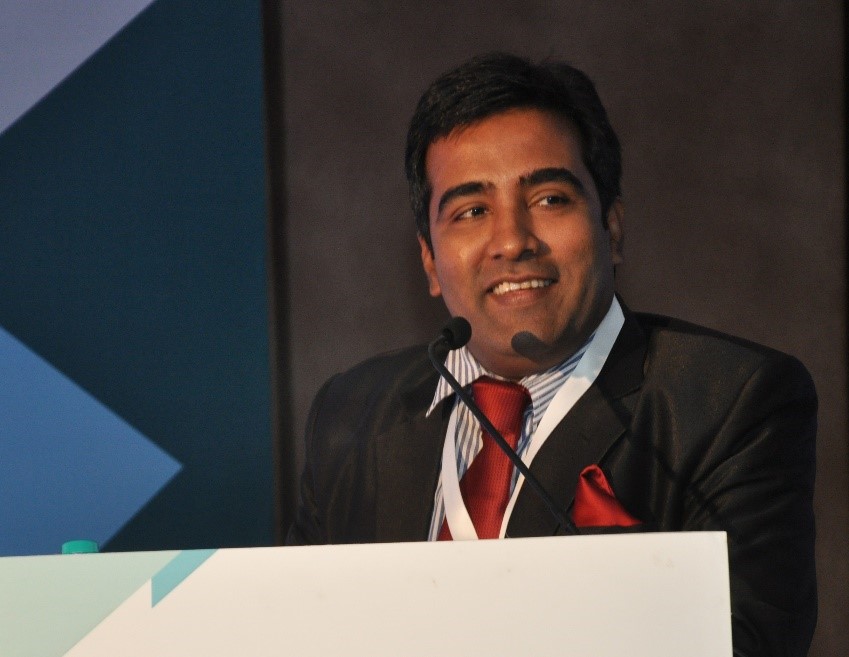 Please share a story illustrating the current situation of the homeless in Indian cities.

A good example is climate change in Mumbai. Beggars used to live outside even in harsh climate conditions but they can no longer do that during rainy season. How can they live in the street if it’s flooded? One of the reasons why there has been a rise in petty crimes during rainy season is because the homeless need some basic means to sleep indoors. Just enough to get shelter at night. This kind of things happens everywhere. I was in New York for a meeting in January [2019], I stepped outside the building during a break and a homeless person approached me to ask if he could sleep at my place for just one night.

I do my best to influence the government and policy-makers in India to make sure everybody has shelter. I know this is almost an impossible idea to realise in a 1+ billion people country like India, but there should be some regulation in the real estate market. The rich should not be allowed to buy ten apartments at a time. They do that to raise real estate prices and speculate on the market. In reality, the same person cannot live in ten different apartments at once.

Unlike real estate, there are policies to regulate car property. If you buy your first car, it is relatively cheap. Your second car, though, is more expensive [taxwise]. Similarly, in India I am not allowed to store more than a certain amount of food; it’s the law. The same should happen with housing. Housing should be declared a basic commodity. It should be equally accessible to people.  I keep suggesting these ideas to city authorities and Ministers. The housing market in India is managed by Real Estate giants. One of few things government does to help with housing is to give low interest loans to first buyers. This is a good first step, things are moving in the right direction but should move faster.

The first thing we should do is to make sure everybody has a house. Employment and housing should be the two basic factors for designing urban areas. This is what mixed-use development tries to address. See, for example, the Fiera area in Milan, Italy and how it has been redesigned by architect Fuksas. Everybody now wants to live there, both to live and work. 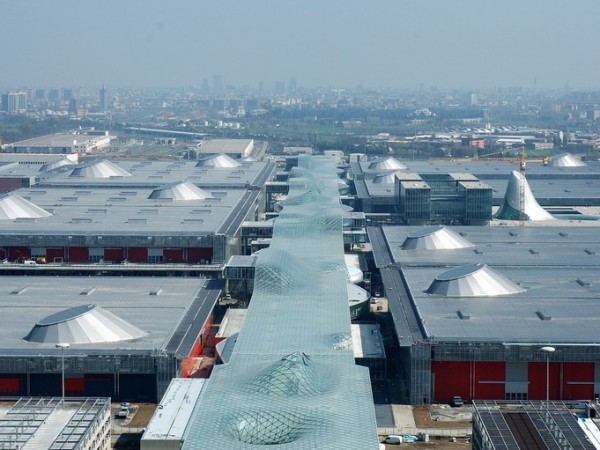 What do you recommend city authorities do to address homelessness in harsh climate conditions?

We have three different climates in India: extremely hot, extremely cold and extremely rainy. Everything is witnessing change, it’s even hotter, colder and rainier [than it used to be]. As an architect, I can design a more climate-responsive building, for example by improving ventilation so we don’t have to buy four air conditioners per apartment. I can reduce the load of electricity and gasoline needed for mass consumption and help produce less carbon dioxide.

Housing should be considered a basic necessity, on the same level as food and clothing. Look at Singapore’s example, everybody has a house there, even the poorest, smallest vendors. The government helps you with housing there. The role of politicians is very important to help you with housing. You can get free food or even free clothing but no one will give you a free house.

As an architect with extensive international experience, are you part of any advocacy initiative to raise the awareness of these issues in India and/or abroad?

As the Director of the School of Architecture at Noida International University and member of the International Society of City and Regional Planners, Netherlands and the Congress for New Urbanism int the USA, we organise awareness programmes on climate change-related challenges and try to bring awareness in society. Social media can be very helpful in spreading advocacy messages fast.

What can concerned citizens do to help the homeless cope with climate change?

People think the solution will always come from someone else but each one of us could do a bit. You could become an activist and influence others. If you are not able to do that, you can at least influence yourself, your family and your inner circle. As Gandhi used to say, you must be the change you wish to see in the world. Change yourself and see if it can move others to do the same. Look at the 16-year-old girl who keeps advocating for action against climate change [Greta Thunberg] and how her activism has created a movement.

Any specific advice on the issue of climate change and homelessness?

Taking minor steps on individual levels will help. We can provide job and shelter to some poor people. Generally speaking, homeless people are poor and always in need of a job. If we can give them a job with a lower salary but with shelter included, that will be great. To combat climate change, we should try to plant small trees or plants in our own house and neighborhood to minimize the effects of deforestation and carbon increase. Imagine the situation of Cape Town, South Africa a few months ago, when there was no water and eventually it had to be distributed under the Army’s supervision. Imagine what parents must have felt seeing their kids crying for water.  “We do not inherit the earth from our ancestors, we borrow it from our children” [Native American proverb] so for the betterment of our kids and young generations, we should give them a future with better climate.