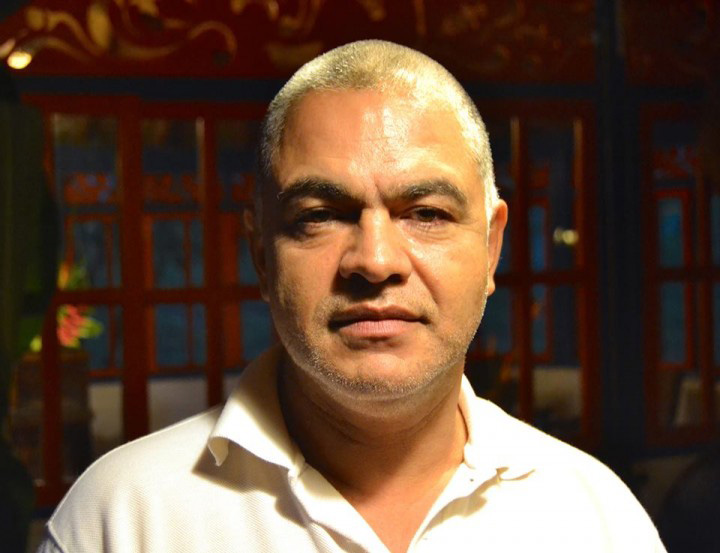 First few days into the new year and already my shopping list of resolutions has shrunk to a couple. Besides my eternal plan to exercise more, the resolution that has stuck the most is to continue what I started last October: to help voice the opinions of those who are usually voiceless, particularly people living in the least developed countries, through my blog.

I could hardly find a more refreshing source of inspiration for the challenge than to sift through the stories of Humans of My World, the human face behind the UN My World survey. As I have already written here, My World is the most inclusive consultation ever taken on development, gathering almost ten million voices to date. Designed to collect inputs for the Global Goals – a set of seventeen objectives the world has recently agreed to advance human progress by 2030 – the survey asks you to select six issues that matter most to you and your family. A good education tops the priority list, followed by better healthcare and better job opportunities.

Humans of My World recounts the stories behind some of these votes. Officially launched on Facebook in April 2014, it is a gallery of people from around the world, each one posting their picture and a short commentary on the top priority they have selected in the My World survey. It is a rare opportunity to read about what ordinary people from even the remotest places on earth think about their country, their environment and changing climate.

Most stories carry an important message. Many are compelling. There’s the one of a 22-year-old girl living in a refugee camp near Erbil-Baharka, Iraq, who teaches other girls karate so they can defend themselves from night attacks by other people living in the camp. “I have no other choice than being strong… Karate gives me strength and now I want to share that power’, she explains. Accordingly, she chose gender equality as her top priority in the survey.

There’s the story of a middle-aged man from Alcalá, Colombia, who reflects on the role education plays not just in developing skills and knowledge, but also in changing mindsets, empowering people living in poverty to “do more for themselves” instead of just accepting their situation. “For most, this [passive] mentality continues to be the same until they die”. Education can change that, he reasons.

Similar messages of hope in the potential of education and better job opportunities emerge from other corners of the world, sometimes from the least likely of voices – a sex worker from Benin:

Priority: Better job opportunities
“I am a sex worker but not out of choice. My husband passed away when I was pregnant with our fifth child and I am doing whatever I can to sustain them. At that time I worked at the border selling all kind of stuffs. In the evening people started to call me and that is how it all started. Now I have up to five clients a day, some are good; others downgrade and insult me. It’s a dirty job but I don’t have a choice. As a mother I want the best for my children, I don’t want them to become warlords or thieves. You know what? They are all in university, it’s true!”

It almost reads like a call for redemption from her descent into poverty hell.

Far from despair, most of the comments from Humans of My World convey an unrelenting willingness to work harder and aim higher, even when people experience harsh living conditions. What is also remarkable is the level of critical thinking behind the comments. These are people who know what they want from their government. They clearly see who is responsible for what, regardless of what the news tell them. The media itself comes under scrutiny, as in the case of this young street vendor from Thailand:

“Media needs to have more morals–more responsibility and honesty. They need to stop exaggerating everything. There’s more to life than just disasters and crises.”

Sounds like great advice for my blog. Happy New Year, everyone.