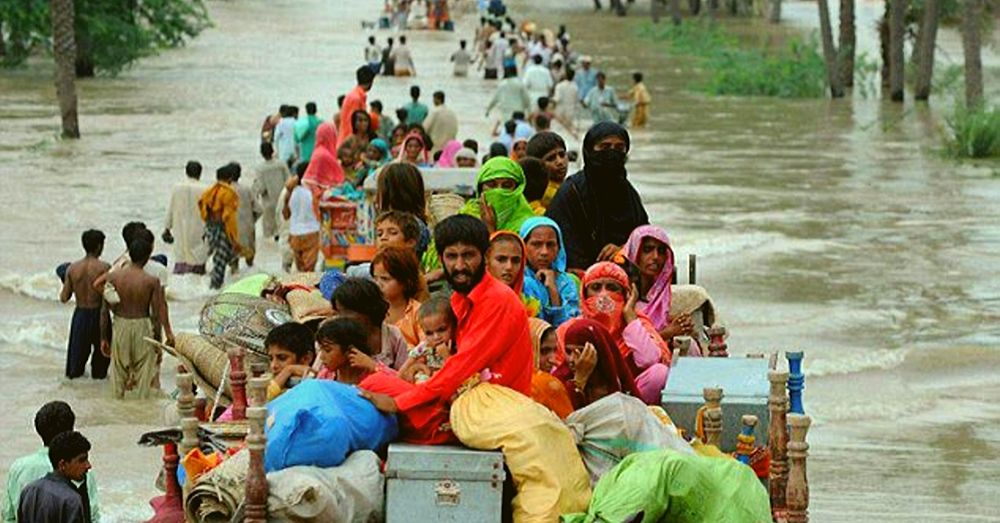 This year marks the first review of the Sustainable Development Goals (SDGs) or Global Goals, the seventeen objectives universally agreed to advance human progress by 2030. I discuss this progress, particularly in the fight against climate change, with Maria Theresa (Tetet) Nera Lauron. Tetet is an Advisor at the Rosa Luxemburg Foundation office in Manila, Philippines. Prior to this role, she closely followed the climate change negotiations leading to the landmark Paris Agreement in 2015.  She also served as Co-Chair of the Civil Society Partnership for Development Effectiveness, a global network of around 4,000 civil society organisations focused on aid and development effectiveness. We worked together for a couple of years.

Hi Tetet, great to be in touch again after so long. What are you busy with these days?

I am an Advisor for the Rosa Luxemburg Foundation, the political foundation of Germany’s left party. Being an Advisor means supporting our regional programmes in South East Asia. For example, I have recently organised a conference on climate migration in Asia, it was the first time climate migration was addressed with the participation of migrants themselves. The outcome of that conference was the Manila Initiative on the Rights of Climate Migrants.

The kind of development work we do is very political in nature, it’s difficult to draw the line between politics and development. Being a political foundation, sometimes we cannot sign on civil society statements because technically we are not a civil society body. Also, if you sign on to one statement, you have to sign on to all others. 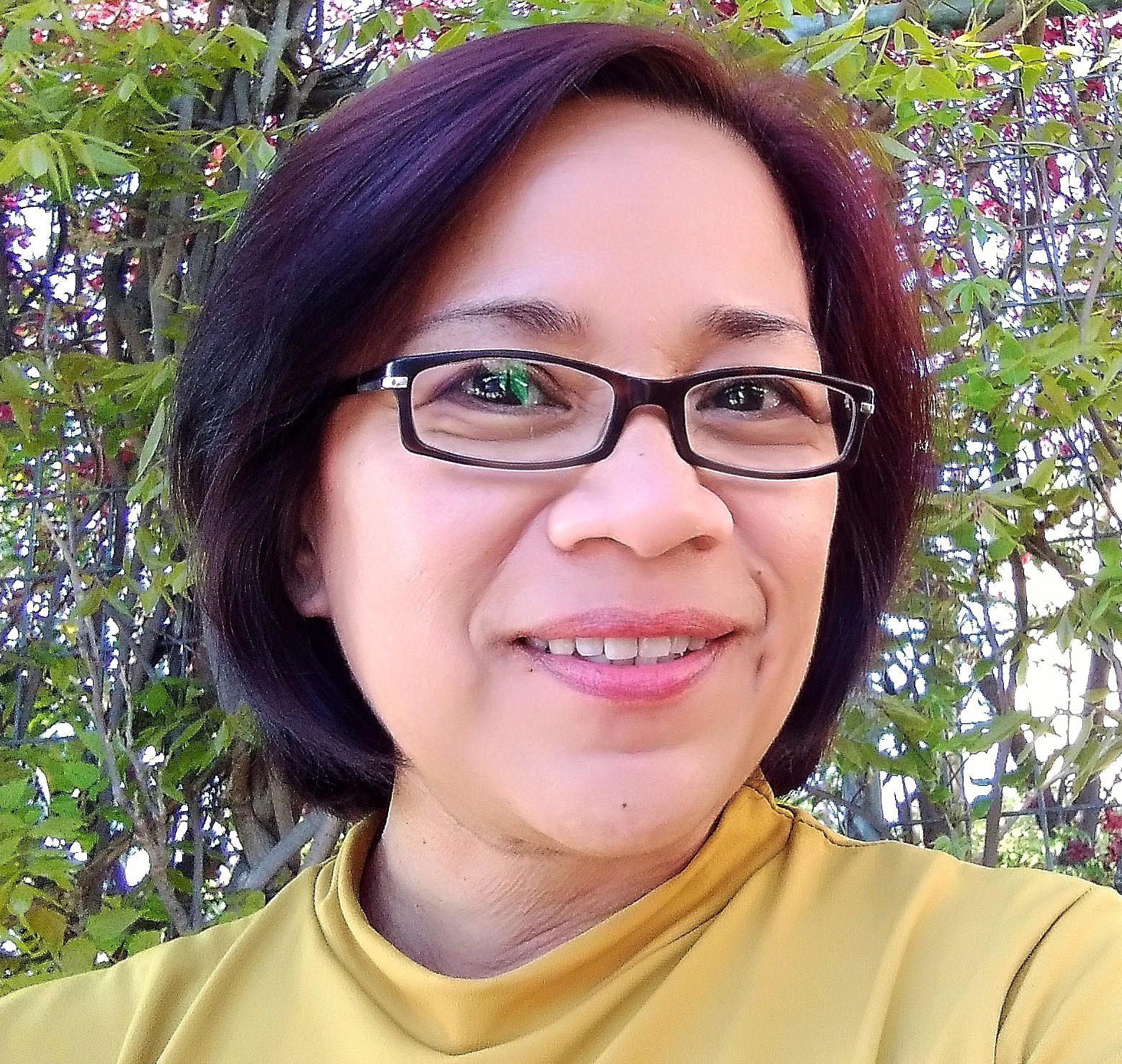 You have been a strong advocate of the SDGs at global and national level. On average, how do you think governments are doing in achieving these goals?

Yes, I still follow this agenda [also called Agenda 2030]. Only recently has the mandate of my Foundation been expanded to include the SDGs review and follow up. We work closely with the UN Major Groups – the main non-governmental constituencies engaged in the SDG process – particularly the NGO and Women’s Major Groups. This year’s review was exciting because it focused on systemic issues, such as inequality and financing for sustainable development.

2019 marks the first review of the SDGs since they were agreed four years ago. Are the SDGs still fit for purpose or would you recommend changing some of them?

So far the review process put in place through the High Level Political Forum has been disappointing. Unless we revise it, it will remain an empty shell. There is a disconnect between the over-arching goal of Leaving No One Behind and the mechanisms needed to achieve it in practice. The Voluntary National Reviews governments submit to report on the SDG progress require serious housekeeping. We’ve seen glossy presentations by Member States that resemble fancy advertising campaigns; they look like tourist videos, drone shots included sometimes! For example, when the Philippines presented its Voluntary National Review, I almost fell off my chair, there was so much emphasis on human rights compliance. The problem with these reviews is that governments can pick and choose which goals they report on. Agenda 2030 focuses on multi-actor partnerships but lacks real accountability because of its voluntary nature.

You’ve just anticipated my question! What about accountability for achieving the Global Goals?

We try to maximize the space we’ve got. [UN discussions] used to be purely inter-governmental, at least now there’s a small opening for civil society. However, governments usurp these review processes. They ‘tick the box’ but the quality of these multi-stakeholder consultations leaves much to be desired. Governments report a sanitized version of progress and even censor questions from civil society during the Q&A session. There is no genuine dialogue. We civil society organisations face a lot of intimidation. This year alone we’ve had several instances of colleagues facing consequences back home if they raise questions during the presentation of the Voluntary National Review of their own country at the UN. We feel intimidated. And the questions are already pre-screened!

You are one of the few advocates with deep knowledge of both global development and climate change discussions. Have the SDGs helped you in your climate change work?

When the SDGs were still being negotiated, there was a hot debate on where the climate change Goal (SDG 13) would sit. In the end, it was agreed that the UN Framework Convention for Climate Change (UNFCCC) would remain the home of climate change negotiations, while the UN General Assembly would oversee the agreement on the other Goals. This is an important distinction, because it has created a siloed approach. The dirty work of climate change negotiations still happens at UNFCCC and mostly falls under the mandate of Environment Ministries. The Finance Ministries are not involved. And yet, some issues would require both Ministries from the same country to come together, for example on the question of loss and damage [due to climate change]. The agreement on this issue was very contested in Paris and there have been efforts to dilute it since. The Paris Agreement prescribes the need to exchange knowledge but also to bring in new funds to counterbalance the loss and damage sustained by the countries most affected by climate change. It’s been four years since Paris. When will the climate finance come in? When will liability and compensation be mentioned?

Powerful interest groups are trying to block progress and meaningful discussions on climate change every step of the way. Just the fact that the fossil fuel industry lobby is still part of the negotiations shows a fundamental conflict of interest in climate policy discussions. Renewable energy is now the sexy topic but solar panels will not do the trick. They will still be produced by big corporations. We are still not addressing climate democracy.

What do you expect of the next Conference of the Parties that will be held in Spain? Do you see any particular trend emerging in climate change discussions?

At least now we are hearing everyone talk about climate emergency. We have eleven years before reaching the point of no return and yet most people still think it’s too far away. In fact, the impact of climate change is already here. Perhaps all these ‘Fridays for Future’ mobilizations started by [Swedish student activist] Greta Thunberg are putting climate change higher up on the agenda. Perhaps if lots of people mobilise in their own country, we will be able to push governments to get their act together. At the intersession of the climate negotiations in Bonn last June, Saudi Arabia and the US questioned the findings of a major climate change report on the implications of a 1.5 degree temperature rise. In the end, governments opted to just ‘take note’ of the findings. Many people are seeing the futility of climate change negotiations. Even my government, the Philippines, has said they would no longer send a delegate to this kind of negotiations – although this could just be propaganda as the Philippines is taking a harsher stance with the UN in response to the criticism it has received on its human rights record.

Do you have any specific recommendation on Agenda 2030 and, if so, to whom?

Philippe Alston, UN Special Rapporteur on extreme poverty and human rights, warns about risk of ‘climate apartheid’, where only the rich can escape hunger and heat. We live in very difficult and interesting times. Many governments are turning more inwards and backwards. It’s kind of hard to see the light at the end of the tunnel but we should fight to remain relevant and break silos. Despite the rhetoric, the silos are still there, there is still a fixation on economic growth as the most important type of growth. What about human rights and democracy?

It is very difficult to advocate for the rights of climate migrants if you start a legal dispute over the terminology used. Labels should not stop our work. We should just use the label ‘climate migrants’. Even the Global Compact on Refugees and the Global Compact for Migration acknowledge that climate change is one of the drivers of mass migration. But mere acknowledgement is not enough without corresponding measures to address the root causes of climate change and climate-induced migration. Why are poor people more vulnerable to the impacts of climate change and less able to adapt to it?

An edited version of this article was posted on Duncan Green’s blog From Poverty to Power on 27 November 2019 with the title ‘What’s still missing from climate and development talks?’