Sustaining long-term change means working with your own resources 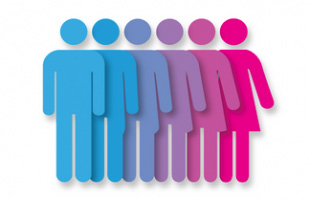 When we advocate human rights broadly, it is easy to rally support around them.  Who doesn’t want to be a defender of freedom or protection? However, advocacy becomes a lot more challenging when we single out specific groups of people whose rights are under threat on a daily basis. We still periodically need to remind ourselves and others that ‘women’s rights are human rights’, for example.  And not everybody who supports human rights in general is ready to stand by the rights of other gender-based groups, such as gender and sexual minorities, otherwise known as LGBTI (lesbian, gay, bisexual, transgender and intersex) people.

That’s what I found in going through the latest ILGA-RIWI Minorities Report 2017, which takes a snapshot of the attitudes towards LGBTI individuals around the world. The report is based on a survey of 116,000 people from 77 countries, analysing their attitudes towards sexual orientation and gender identity. It includes a few striking findings.

First, no matter where they live, when people personally know someone who is from either a sexual or gender minority group, they are much more likely to support their equal rights and protection. Their attitudes towards sexual orientation and gender identity become more accepting.

Third, some regional differences are stark. Working in international development, I was particularly interested in reading about Southern perspectives. What I found is that, on average, South America comes across as more open and inclusive than any other region in the world, while Central Asia and Middle East respondents generally support more traditional gender roles and sexual orientation. Similar differences can be noted in the African region, where the Sub-Saharan people surveyed are usually more inclusive than those from North Africa. These findings naturally raise questions about the relevance of culture and religion to attitudes towards sexual and gender minorities.

Indeed, the survey addresses these issues head on by asking people whether they can support equal rights regardless of sexual orientation and gender identity and at the same time respect their own culture and religious beliefs. Surprisingly (at least to me), the average global response is yes (48% for compatibility with one’s religious beliefs and 49% for compatibility with one’s culture), although a relatively large number of respondents remains undecided and regional variances resurface. Again, this empirical evidence suggests that people are more willing to reconcile sexual and gender equality rights with their personal beliefs than what mainstream media would have us believe.

Final food for thought: talking about LGBTI rights can be confusing to those who are not familiar with the acronym and what it stands for. Some respondents may have a different understanding of what a transgender person is and how it differs from an intersex individual, for example. These concepts, although now adopted at international level, are mainly Western definitions that may not be universally shared. The survey is useful in reminding us that different populations build their knowledge about gender and sex differently. It also shows a higher number of responses to questions about sexual orientation than about gender identity. Why? It could be that people are more interested in talking about sexual relationships than about gender identity or perhaps that they just understand the concept of sexual orientation better than the multiple identities captured by the LGBTI spectrum.

Clearly, there’s a lot to be learned from reading the Minorities Report. Hopefully, future editions will also break down responses by gender and age groups for more granular findings.