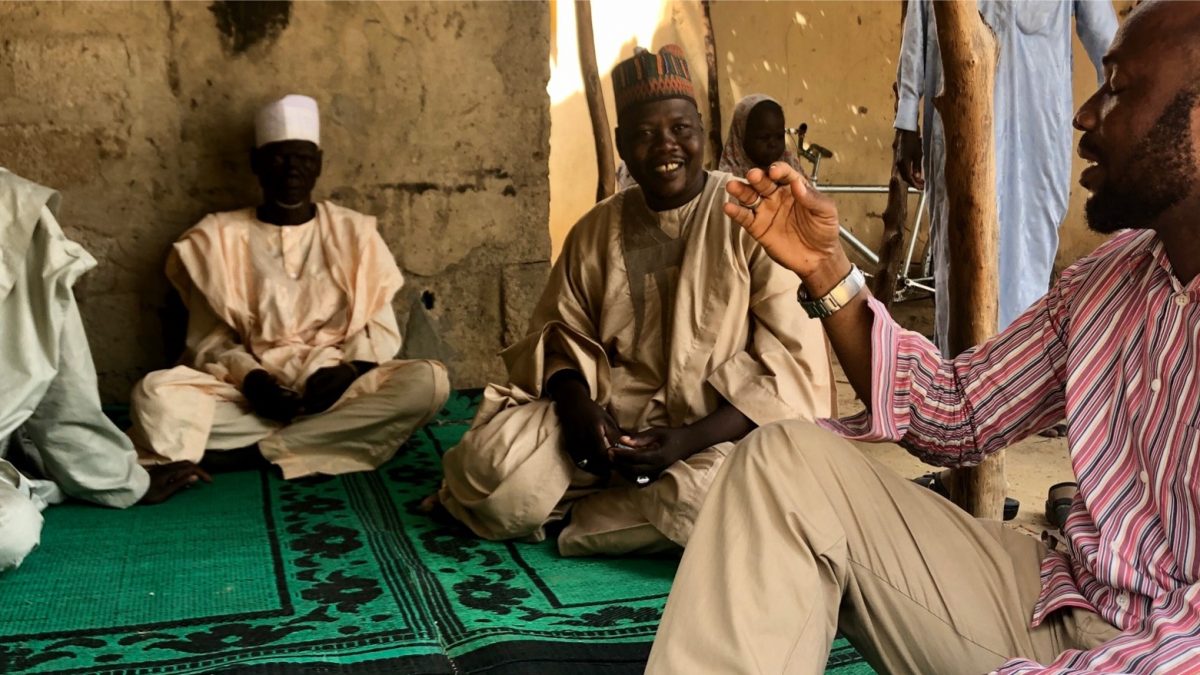 I’m a big fan of my colleague Wale Osofisan, who works as Senior Director of the Governance Unit at the International Rescue Committee (IRC). Recently, we have started collaborating more often on global advocacy priorities and that’s given me the excuse to ask him a number of questions about his background and his vision for international cooperation in the years ahead.

Hi Wale, thanks for making the time to speak with me. Tell me a bit about yourself and why you do what you do in your governance role at the IRC.

If I trace back my journey, I think what brought me to this line of work is my background. I grew up in a university community in Nigeria. Both of my parents were professors fighting for social justice. Once, on our way to visit my grandma in Ogun State, we saw a refugee camp, [the Oru refugee camp] and my dad decided to stop. What I saw in that camp was different, it was squalor and deprivation. Usually, kids play around [but in that camp] they were so weak, there was no energy. I was so upset.

When I finished my first university degree I decided to attend a new Master’s Program at the Center for Peace and Conflict Studies at the University of Ibadan, followed by a three-month internship with UNDP [the United Nations Development Programme]. I still wanted to work on humanitarian and refugee issues. All my friends were going into banking or oil and gas. When I left the UN in Nigeria to go study in the UK, they thought I was crazy. After my PhD in Post Conflict Recovery at the University of York, I worked for a few international NGOs and then came to IRC.

Like most other sectors, humanitarian aid has had to confront racism and discrimination, particularly with the rise of the Black Lives Matter movement this year. What do you think still needs to happen to bring about more equality and justice in our sector?

Three things. First, the recognition that none of the Western-educated folks [that work in our sector], including me, should be valued more than front line local staff. Our sector puts more premium on headquarters-based folks than on community leaders. That mindset needs to change.

Second, we need equal pay for equal work. There is an intersection between your race, your gender, and your passport – and it determines how seriously people take your ideas. Even if I’m Western-educated and Northern-based, I have experienced this first-hand. I recall I once travelled to a country programme and happened to work at the desk of an expat, who was away. The Deputy Director came and asked me to go work in the open space. If my name had been John Doe and I had been white, it probably wouldn’t have happened. Subconsciously, something told her that she was more deserving of that space than I was even though I was a more senior staff.  Sometimes people tell me ‘we are humanitarians, how can we be racist?’… but it’s a question of prejudice and unconscious bias. After twenty years of working in the sector, I could write a book about these anecdotes. You walk into a meeting full of younger expats and it’s only them who are talking, even though the national staff in the meeting have twenty years of experience working in their own country. Yet their voices are hardly heard. It’s a weird dynamic, I just know it is wrong.

If a 25-year old Italian lady finishes graduate school and flies to a so-called developing country program, she’s called an expat. If it’s a Nigerian PhD holder flying to the UK, she’s called an immigrant. The expat is going to get a job that will make her better off. If you’re bringing someone from a different country, you need to provide them with benefits but you shouldn’t pay a different salary [to what national staff get].

Third, we need to intentionally create a culture that creates a psychological and organisational environment where people feel safe to put their ideas out there. People need to be able to speak up. Every time I travel, I go out to restaurants with my expat colleagues but also go out with national staff colleagues to their own spots because they cannot afford to go to the same places expats go to. National staff have sometimes told me that certain projects wouldn’t work but they were afraid of speaking up. They were afraid of losing their job. 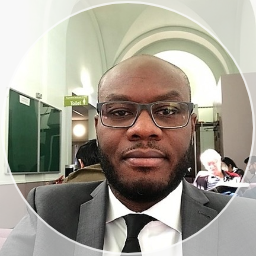 A recurring question in humanitarian and development work revolves around the need for sharing knowledge with, rather than building the capacity of, our local partners. What advice would you give to international organisations that want to change their practices?

This kind of change requires three things. First, we need to be authentic and explicitly recognise the challenges of this commitment. The solution to a problem in the community lies in the community, they need the power (including resources) to act. International organisations have the power, not always the solutions.

Second, we need humility. We must be able to listen to people in crisis. We can work with local governments even if we don’t like elected officials.

Similarly, for decades we have talked about ‘empowering’ local populations. What do you think about this concept?

Language matters but the meaning we attach to it matters more. Saying that we ‘empower local populations’ is patronizing and demeaning. If we say we have the capacity to do something [for others], we imply that others don’t have any other capacity. But if we say ‘we can leverage our resources to build something together’, that’s fine, it’s a two-way dynamic for the common good, for solidarity. It’s the meaning that counts. The implicit bias that I’m better than them is a prejudice.

People need to recognise that we live in a collective where it is in my interest, and my country’s interest, to support and advocate for life to be tolerable for people miles away from us. If it isn’t, it will come back to bite us. Bring humanity back into this [concept]. Justice anywhere is justice everywhere. What do I have that you don’t have? How do we leverage these resources to tackle the root causes?

In recent months we have also seen the power of community organizing in a few countries, such as Nigeria. What lessons can we learn from the EndSARS movement, for example?

Also, what triggers collective action is so unpredictable. Imagine the chronic problem in a community is like a pile of rubbish. You then have an exacerbating factor (injustice, inequality) that’s like gasoline poured on that rubbish. All you need then is a trigger, a lighter, to make a fire. You don’t know when the lighter will be switched on. Your best bet is to avoid pouring the gasoline on the rubbish. Work on defusing the exacerbating factors.

The trend I see in West Africa right now is that the younger generation has access to a lot of information thanks to connectivity. They are exposed to multiple traditions, cultures and sources of information. They are bolder, less conservative and able to think critically and independently.

How do you see the humanitarian sector evolve in the next decade? In particular, how do you think it will intersect the development and peace-building sectors?

I don’t find it helpful, nor does IRC find it, to talk about humanitarian aid [as separate from] development and peace. It’s not useful to have this dichotomy. People we work with don’t live in artificial constructs. These distinctions were built for bureaucratic reasons. Let’s not pigeonhole ourselves, each country program is free to do humanitarian, development and peacebuilding work. What I would like to see is an aid system that doesn’t just focus on immediate needs, I’d like to tackle the root causes of those needs. We have a responsibility to keep people alive, instead of waiting or raising funds for the next crisis.