How do public officials respond to citizen voices in development?

The challenge of ‘localising’ aid 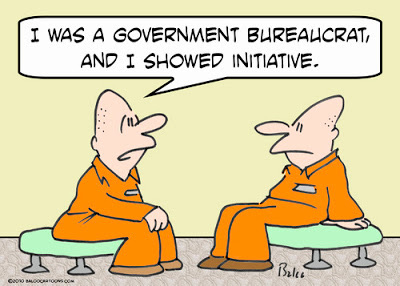 There are plenty of studies on civil society movements – how they start, grow and make citizen voices heard. Much less do we know about what happens at the other side of the negotiating table: how do public officials interacting with civil society representatives decide to respond to their requests?  What drives bureaucrats’ decisions and why?

The Institute of Development Studies (IDS) has recently addressed these questions by looking into the power dynamics usually faced by public officials receiving citizen demands. It turns out there are at least four different kinds of pressure on them at any given time, both on a formal and informal level: 1) pressure from their organisation, such as compliance with internal rules and policies 2) pressure from their colleagues, like peer culture 3) pressure from elites or powerful interest groups, for example the prospect of a promotion or the threat of an unwanted transfer 4) and pressure from citizens, including collaboration or open confrontation. This picture already tells us that citizen demands face tough competition even when public officials are interested in meeting them.

When pulled in different directions, public officials tend to ask themselves two essential questions. First, whether they are in a position to positively respond to a specific citizen request. Second, if they are able to respond, whether they are willing to.

Even in the best-case scenario – when bureaucrats answer yes to both questions – they will only be at the beginning of a potentially long internal decision-making journey. In fact, bureaucrats’ effectiveness in responding to citizens will vary depending on key factors, such as legitimacy, credibility and trust.

Legitimacy has to do with whether civil society’s claims are grounded in existing legislation or policies. The more written laws supporting a citizen claim, the easier it will be for public officials to use them to justify their response.

Credibility focuses on the reputation of the civil society organisation making the claim. The more reputable it is, the higher the chances its claim will be taken seriously. Credibility also soars when the organisation stays neutral, is not politically affiliated and represents a wide variety of citizens, including marginalised groups.

Finally, trust between public officials and civil society representatives is directly related to the success of their interaction. The higher importance bureaucrats attach to developing solid relationships with civil society based on integrity, the more responsive they become to citizen requests. This dynamic, in turn, encourages civil society to be more collaborative, thus generating a virtuous cycle of positive steps towards a mutually desirable outcome.

When legitimacy, credibility and trust are there, public officials tend to have a higher motivation to engage with civil society. They are more willing to risk their personal capital inside their organisation to respond to a citizen claim, navigating through internal resistance. They are able to master what IDS calls “the art of bureaucraft”, or the bureaucratic equivalent of statescraft.

Sometimes this art entails creativity. When faced with internal reluctance to respond, some public officials may resort to junior colleagues to pitch their most innovative ideas on behalf of civil society. They may also use data and technology for the same purpose. However, it is interesting to note that bureaucrats tend to use evidence only after having decided they care enough to respond – an indication that data and technology by themselves are not enough to persuade senior leadership.

In a way, the most collaborative bureaucrats end up behaving like the civil society representatives they interact with, going through similar negotiating challenges inside their organisation. They mobilise other reform-prone colleagues, cultivate a culture of innovation or push for setting minimum standards of quality that can be shared with the public. The most skilled public officials are often those who turn their internal influence into political savviness, choosing those citizen demands that have the highest chances to be met. Something to keep in mind next time we meet a bureaucrat.