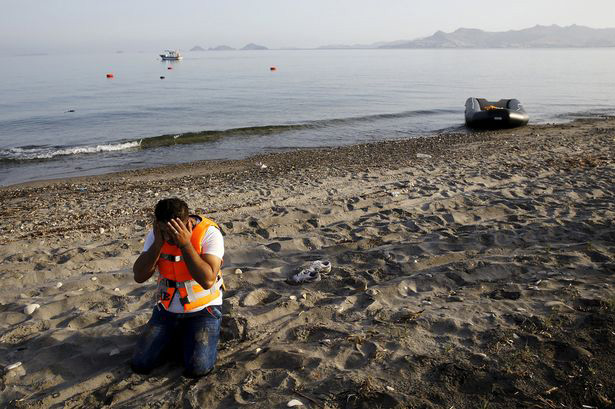 Ever since I started working in development I have been struck by how little we talk about its linkages with migration. Most NGOs specialise in either/or. Very few of them have the courage or the capacity to address migration and development together despite the fact that these issues are often two sides of the same coin.

If anything, the growing influx of migrants and refugees into Europe has forced us to start making that link in earnest. Never before have so many people been forced to flee their homes, nearly sixty million worldwide – the equivalent size of Italy’s population. According to UNHCR, the United Nation’s refugee agency, more than half of the Syrian population has moved since the start of the war – exactly five years ago this month – either within borders or out of the country. Three quarters of Syrian refugees are women and children.

We are all familiar with the grim images of refugee families desperately trying to escape conflict. Yet, do we actually know what they think, what they left behind, or what they seek? Of those sixty million we hear but a few sound bites in the evening news, anecdotal interviews that lead us to make the same assumptions about an Ivorian man stranded on a boat to Sicily as about an Afghani mother walking with her family to Germany. The arbitrary link that is often made between migration, refugees and terrorism only makes things worse, especially in the wake of the recent attacks in Brussels.  Where do we go to turn the picture straight?

A starting point might be to look for more diversity in perspective. For example, the International Organisation for Migration (IOM) runs a campaign called “I am a migrant” exactly to show that migration is diverse and far more nuanced than we tend to think. There are hundreds of different stories, from a Sierra Leonean journalist recounting how she fled civil war back home to a Pakistani young man explaining that his family had no alternatives but to leave for the UK, to a Syrian father remembering how he convinced his four children to board a dinghy in the Mediterranean by telling them they would ‘go fishing’:

There are also other stories. The one of a Swiss entrepreneur who has established a cattle business in Paraguay; or the one of a Japanese tourist guide who has found a new life, and job, in Jordan. Sure, there is a fundamental difference in these cases – these people have had far more choices than the Sierra Leonean journalist or the Syrian father. They both come from developed, not developing, countries. Yet, it is somewhat surprising to find them side by side with people that are normally seen as the ‘other’ half of the world. At the end of the day, they are all migrants in search of a better life, so why treat them differently?

Freedom of choice comes up again in the specific case of refugees – people who are on the move because they are escaping from a concrete danger in their home country. Even when international law recognises their status, their actual life options are next to zero if the country hosting them is not developed enough. Independent media organisation Irin News found out first-hand in Lebanon. They spent a week with three young Palestinians living in refugee camps around the country, following their daily struggle to simply study, find a job or live in safety. The youths endure constant electricity cuts and safety hazards due to poor infrastructure. New arrivals of refugees often mean more competition for the same jobs, causing a race to the bottom salary. Meanwhile, these refugees – girls especially – also need to protect themselves from the violence of the growing number of foreign militants sneaking into the camps.

Would these refugees fare any differently if they had come from a developed country or lived now in a more advanced place than Lebanon? Probably yes, but we still have a lot of work to do to unpack the complex mix of factors bundling migration and development together. For now, what we do have are a few valuable initiatives, like the IOM campaign and the Irin News initiative, which allow migrants and refugees to speak for themselves, helping us hear the full story behind one’s decision to leave home for good.

There has never been a better time for listening to the voices of migrants, and seeing the world through their eyes.