Migration and development: views from Morocco 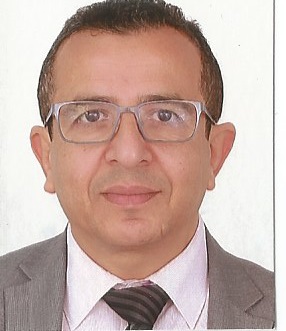 The recent influx of refugees and migrants to Europe has brought to light the complexity of migration and how it is often linked to the development of the countries these people are escaping from. I discuss these issues with a former colleague of mine, Anas El Hasnaoui, who represents the Arab NGO Network for Development on big issues like development effectiveness and the Global Goals (also known as the Sustainable Development Goals or SDGs) agreed by the international community to advance human progress by 2030. Anas talks about the linkages between migration and development, particularly in his region, North Africa.

Anas, can you tell me a little bit about you and what has led you to work with the Arab NGO Network?

I have been involved in development and human rights in my country [Morocco] since I was young. Around 2002 I started working with an association called Espace Associatif, one of the founders of the Arab NGO Network. When the SDGs were agreed, I became the first CSO representative from my country and region to establish a link between these goals and development effectiveness. There are two reasons why I am doing this. First, I want civil society to be the most important actor to discuss these topics. Development effectiveness and the Global Goals will be the main issues in the region in the future. Second, I believe in creating a sustainable and effective dialogue between civil society and other actors at both national and regional level. Advocating a new model for development is also the responsibility of civil society, the private sector and donors.

You work in Rabat, Morocco. What changes have you witnessed in your region, particularly in North Africa, with regard to development and international cooperation in recent years?

North Africa and the Middle East are often perceived as a homogeneous region because they share the same language and the same religion. In fact, North Africa is different for two geo-strategic reasons. The first one is that five countries belong to the Maghreb Arab Union, a regional gathering.  They have a common cultural history. Also, four countries are former French colonies and most of their international transactions, including aid, are still with France. However, compared to other transactions in investment, trade and oil, the percentage of funds going to development cooperation is very limited – on average, 1% of all financial transactions in the sub-region according to OECD data.

The second reason why North Africa is different is that it has recently received a lot of funds from Europe and several international financial institutions to manage the post-Arab Spring transition. Yet the money has created a conflictual situation. For example, in Tunisia the money came when the country still needed to decide its new governance. This led to aid with strings attached. Development finance has come with interest rates. These five countries [Algeria, Mauritania, Libya, Tunisia and Morocco] have not been able to focus on development – especially Libya, due to the civil war; Algeria, due to unclear leadership; and in Tunisia, no one is willing to invest in a country that is perceived to be unstable.

Let’s talk a little bit more about the linkages, if any, between development and migration in North Africa. Do you think EU migration policies have any consequences in the region? And what about EU international cooperation, including aid?

These linkages exist, as I learned about ten years ago, when I used to work for the President of the Council of the Moroccan Community Abroad (the diaspora community). What we call ‘migration and development’ is an empty proposition. Banks remain the biggest beneficiaries of financial flows by charging high commissions on the remittances migrants send back home. Often migrants’ families only get enough from remittances to meet their basic needs. In host countries, the banking system runs a lot of ads to attract remittances – you only need to look around. Migrants only need to pick the best money transfer company. But what is happening with this new generation of migrants is disturbing. For the first time, qualified youths leave North Africa and don’t send any money back. They don’t feel they owe anything to their families because they have no social status in their country of origin. Unlike previous generations, they are more educated and can afford to start their lives directly in a foreign country, either in Europe, Asia or the Gulf States.

Another factor to consider is what is happening at the international level. When [then UN Secretary-General] Kofi Annan launched the Migration and Development Forum in 2006, it was an interesting initiative but in practice it boiled down to a few meetings among different actors without any impact on national policies. The Global Compact on Migration agreed in 2018 is the coronation of this process – it includes a lot of principles and objectives but has no accountability. At the international level, the process is empty. We also need to keep in mind that refugees and migrants are not the same: refugees by law have the right to go to another country and seek protection.

We have now seen very clear consequences of the EU migration policies in the last five-ten years. These policies serve Europe mostly, their first priority is security. All international negotiations with the EU, even agriculture agreements, focus on border protection in exchange for trade advantages. These links do not support migration and development; rather, they seek to transform the right to mobility into selective and conditional migration. That is why the majority of civil society organizations is not comfortable with this approach.

Morocco is the first North African country to have its own migration policy and migration strategy. It does no longer want to be considered a country of transit but a country of destination.

Do you have any recommendations to the EU on these issues?

Migration and development can create win-win solutions. The EU should sign a number of international conventions on migrant workers, such as the International Convention on the Protection of the Rights of All Migrant Workers and Members of Their Families (1990), which no EU country has signed.  We need to facilitate work visas at least for some communities, like scientists and entrepreneurs. We need to come up with new strategies in consultations with all parts of society. In reality, these strategies are only discussed between governments but they do concern civil society too.

Development comes before migration. Youths need to stay in their home country. I am part of the middle class [in Morocco]. If we manage to get the minimum to get by, we’d rather stay here than leave the country. In North Africa, on average, we can meet our basic needs. Migrating is not our first desire if Europe can help us with equitable trade, technology transfer, and development of local enterprises. What is more expensive? Creating the minimum conditions for stability in North Africa or having to manage populations living under the threat of instability and terrorism? There is no terrorism where there is development. Europe needs to focus on investing here. Africa and Europe need each other.

This is also true if we think about climate migration. It is getting more and more urgent to tackle climate change. Climate change won’t save anyone. This part of the world is the most concerned in the medium term because of ongoing water shortages and desertification, on top of terrorism and migration.

The chronic instability in our region is due to lack of balanced powers. For the Arab NGO Network there is no development without peace. There is no space to spend aid [funds] in conflict. And at the heart of the problem is the situation in Palestine. When it is bad in Palestine, it is bad for the whole region. We need to change the current narrative centered on ‘the end of’ the other. We need democracy and fair trade.

These agreements are opportunities to launch a collective discussion on global issues with all actors. I was in Marrakech for the Migration Compact and it was important to create the space for that discussion. Yet discussions alone are not enough. At the moment I see three key issues: first, the danger of seeing a few countries reject the Migration Compact; second, no real will to link migration to development or pursue agreements on migrant workers; and third, weak accountability for the Compacts. It is voluntary and the monitoring of their commitments is unclear. Some countries do not see migration as a global issue and therefore do not want to engage at international level, even if migrants live like slaves within their boundaries.

Is there anything else you would like to say to policy-makers working on refugee and migrant issues?

Recently the foundation I work for, Friedrich Ebert, has launched a programme called PROMIG to support the creation of a regional trade union network focusing on migrant workers in North and Sub-Saharan Africa.  We hope to engage other policy-makers from our region and beyond in a constructive dialogue.