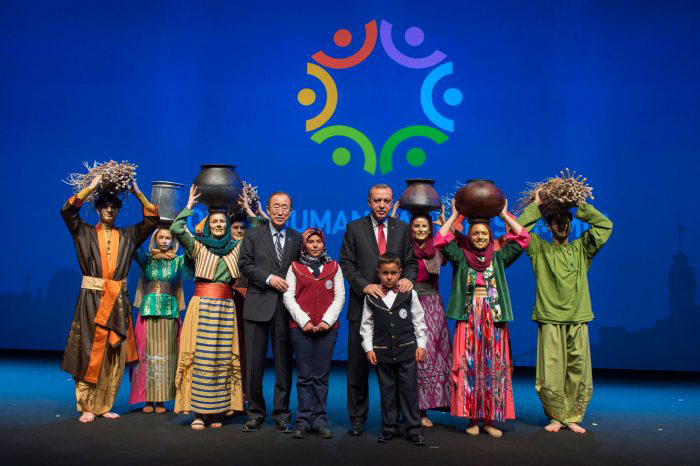 The first-ever World Humanitarian Summit is over, with mixed results. For those, including me, who were hoping the discussion would tackle some of the root causes of humanitarian crises, like the lack of political solutions to fundamentally political problems, the conference was a missed opportunity. Germany’s Angela Merkel was the only head of a major government attending, while other global powers sent lower-level delegations. There was virtually no progress on critical issues, such as improving humanitarian access in Syria or ensuring that warring parties comply with at least the basic rules they have agreed to by undersigning international humanitarian law.

At the same time, the World Humanitarian Summit turned out to be positively surprising. Never before had so many people met to focus on issues that are normally sidelined in global discussions or, even worse, labelled as ‘charity’. The scale of the meeting finally brought a much-needed debate on humanitarian crises to the fore, shedding light on what it takes to assist the 130 million people affected by conflicts and natural disasters every year.

The other bit of good news came on the financing side, particularly with the launch of the ‘Grand Bargain‘, a way to save up to a billion dollars over the next five years by reducing inefficiencies in how humanitarian aid is provided. The Grand Bargain also commits to channel 25% of all humanitarian aid through national and local actors by 2020. This is an ambitious step forward from the current average of just 0.2%, although obviously only on paper for now.

In a way, the Grand Bargain signals the beginning of a mind shift towards a global humanitarian system that is closer to people in crisis and more attuned to their needs. Similarly, the summit recognised how giving cash can be far more effective than providing goods or services that donors think people need. This recognition comes from the mounting evidence that when people are struck by natural or man-made disasters, they know best what they need and that aid given as cash transfers is usually more transparent and better used than any other item received.

Realising that humanitarian aid workers do not in fact have all the right answers but can help with the right tools is remarkable in and of itself. We need to push this conversation about putting aid ‘beneficiaries’ at the centre of humanitarian aid a lot more. Only one special session at the summit directly addressed this issue, but it was rather disappointing, cramming a sequence of well-wishing statements from high-level participants in barely an hour instead of allowing for a real views exchange.

I would have liked, for example, to hear more from Croatia’s President, Kolinda Grabar-Kitarovic, about her experience as a young woman during the Balkan war in the 1990s and what she has learned about ensuring humanitarian aid caters to women and girls’ needs. I would have liked UNICEF’s Director, Anthony Lake, to share at least some recommendations coming from U-Report, an innovative social platform supported by UNICEF that gathers views on global development issues from over two million youths living mostly in the South. And I would have loved to listen more to child activist Marguerite Barankitse about empowering people in humanitarian response, given her heroic role in rescuing some 30,000 orphaned children during the civil war in Burundi.

Hopefully, this is only the beginning of a conversation. Towards the end of the special session a participant from the audience rightly pointed out that putting people at the centre of humanitarian aid is possible as long as we move beyond just listening to their needs. It’s how donors and governments respond to their feedback that matters. Surely a hot topic to report on at the next humanitarian summit.