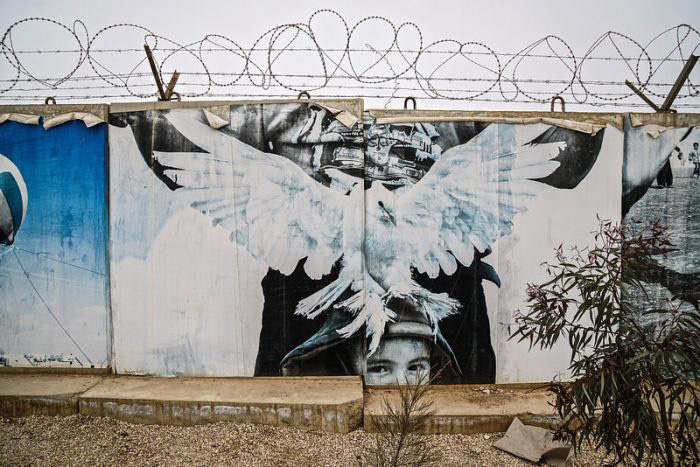 On 23-24 May the city of Istanbul hosts the world’s first-ever humanitarian summit. About 5,000 leaders from government, business and civil society will gather at the UN’s request to agree more effective ways to address some of the most challenging crises on earth. Five core responsibilities are on the table: prevent and end conflict; respect the rules of war (yes, even war has its rules, like those agreed in international humanitarian law); leave no-one behind; working differently to end need; and investing in local capacities.

Many will roll their eyes at the prospect of another mega-meeting, albeit the first of its kind. Is it really necessary? Will it make any difference to the millions of people affected by natural disasters or conflict around the world? A quick look at the facts can give us a first possible answer. Never since the end of World War II has humanity seen so much suffering. The number of people forced to flee their homes has increased by more than a third in the last decade, topping sixty million in recent months. During approximately the same time, humanitarian assistance and protection have gone from reaching an average of 30-40 million people per year to an average of 50-70 million people per year. In the meantime, the cost of helping has spiraled, yet it doesn’t even cover half of today’s global need. One thing is clear: governments, first and foremost, cannot continue with business as usual. They need, we all need, to come up with a radically new approach to address humanitarian crises better.

This is not just a conclusion drawn from dry statistics. It is what more than 23,000 people involved in humanitarian efforts – either as aid workers or public officials or affected community members – said in eight regional consultations run by the UN between May 2014 and July 2015. Thematic, stakeholder and online consultations completed the picture. These people all overwhelmingly called for change in several ways, including through meetings.

Indeed, a recurring finding from the regions, particularly from the Middle East and North Africa, is that we can’t substitute political decisions with humanitarian action. When we do that, we just try to fill a political void, hoping to compensate for hard-to-negotiate agreements with quick fixes that help in the short term without tackling the root causes of the problem. A typical result is that the crisis is protracted instead of being solved – as an example, one only needs to remember the millions of refugees who still linger in the political limbo of the unresolved Israeli-Palestinian dispute.

Interestingly, politics comes up again as a thorny issue in the way aid delivery is perceived. Many of those consulted who have been affected by humanitarian crises in the Middle East and North Africa find that aid organisations are far from putting the principles of impartiality and neutrality of humanitarian intervention into practice. As one young female refugee in Egypt puts it, “A lot of humanitarian actors do not provide aid based on needs alone. Many look at appearance, faith or political affiliation before assessing actual needs.”[1] Why this is happening deserves a much deeper discussion, looking into both theory and reality of humanitarian aid.

Virtually all the people consulted called for local solutions to local problems. How can we find them? Most suggested that donors and international NGOs build the capacity of crisis-hit governments and civil society organisations to lead relief operations through training, sharing and handing over when it’s time to leave. This kind of strategy is often missing, though, especially when big NGOs are involved in large-scale disasters. Participants in the Pacific and Eastern & Southern Africa consultations noted that the preferred approach is to take over, directly manage operations and then leave affected communities no more prepared for the next crisis. However, they also recognised that time is of the essence in humanitarian crises. Sometimes that means little alternative to direct intervention by external organisations.

There are so many other important lessons to draw from the inclusive consultations held in preparation for the World Humanitarian Summit next week. What I have summarised is just the tip of the iceberg. The summit itself will be offering additional, unprecedented opportunities to shape the discussion on humanitarian affairs from the bottom up. You can, for example, become a digital advocate or let your country representative know that you are following the debate through social media. More importantly, you can ask your leader to take those hard political decisions that can make the difference between delivering humanitarian aid and ending the need for it.