Every so often there are people who transition from national or small not for profit into the International NGOs. Many times, it is a dream come true because you have probably put in dozens of applications and this one lucky one made it through, and you cannot just believe! There you are in a multicultural fancy office; it really is a dream come true.

Then the dream is shattered when you come face to face with the bureaucracy that is closely intertwined in the inner workings of an international organization. Then you realise the brand usually runs ahead of operations and that all that glitters is not gold. Of course, as the days, months go by you start getting a hang of the systems and processes and to some extent the bureaucracy – that is if you love systems, processes and bureaucracy (believe me! there are many who thrive in that environment).

While working in international development I encountered several practices that perplexed me, even shocked me! However, one specific practice remains etched in my mind. When thinking about this practice, I was not even sure how to define it accurately (I had to google the definition). All I know is that it is an ever-present practice and I only know how to describe the experience. This practice is Indirect Cost Recovery – ICR in short. There are different definitions that came up from my cursory google search. The one that came close to what I experienced was a definition offered by UNFPA [the UN Population Fund] in its cost recovery policy.

When reading this, one could be like “well this makes perfect sense”, if you have a project or programme it should be able to pay for itself and the organization should not have to use its own resource – pretty straight forward, right? The lived experience of recovering those costs was traumatic. First, one must understand that “regular resources” are internal resources most international organizations get through public donations, savings on projects and administrative costs negotiated with donors. These resources are usually referred to as unrestricted because they are flexible monies that the organization allocates internally to meet core costs or to fund innovation, among other uses. ICR is really important to international organisations as it enables these organisations build their reserves – reserves are so critical for sustainability and for the organization to be able to meet its own internal obligations and further its cause. Ultimately, even in a not for profit it is still all about the money!

In many of these international organisations, due to the funding shocks being experienced because of shrinking aid and reduced ODA (official development assistance), ICR has gained more prominence and is becoming more protected. Now more than ever, finance and project staff are facing immense pressure to recover project costs more stringently; and negotiations within the organizations pertaining ICR are becoming more heated. There were meetings I attended on proposal development with the expectation of discussing outcomes and impact – but sadly they degenerated into debates on how much ICR the organization was getting and whom it should go to.

Like many development practices that at first are used for good, in some instances they can be turned into tools for oppression and control. I witnessed ICR being used to bully country offices – where the country office would be subjected to scrutiny and threats on withdrawn or reduction of unrestricted monies until cost recovery was fully done. Attention then shifts from what the organization is intended to do – impact the lives of people – and shifts to how much costs can be recovered and how ICR is divided.  What was even more infuriating was that country offices, even if they had put in the work of developing a proposal, were not entitled to the ICR – the ICR would be allocated to HQ or the main office with the donor relationship. Throughout my career with different organisations, there were times where a case needed to be made for the country office to receive ICR – and these were amidst long painful discussions and justifications.  What was more, national partners did not get a share of the ICR. I once inquired why this was the case – the response was because they do not bear the risk of administering the grant. This did not make sense at all since it was clear that whilst they may not bear the financial risk, they bore the political, administrative and even security risks of implementing the projects. I also realized that many national actors did not know that ICR even existed! Yet another argument made by some, for why ICR is given to international not for profits and not national ones is that international organisations have the necessary infrastructure to manage huge amounts of donor funding. In reality, I found that international organisations have actually set up expensive, inefficient, colossal systems and bureaucracies to administer these resources and ultimately very little was then spent on its intended purpose.

ICR, when well utilized and distributed more equally among implementing partners, can be a powerful tool. ICR can power innovation in the sector and can also build sustainability of civil society organisations. ICR can be a critical tool to empower national actors to be more stable and to push forward on their causes. In fact, this has been recognized by global humanitarian actors through the Grand Bargain for Humanitarian Leadership where aid organisations and donors committed to “Achieve by 2020 a global, aggregated target of at least 25 per cent of humanitarian funding to local and national responders as directly as possible to improve outcomes for affected people and reduce transactional costs.[1]” As well as that, the “Grand Bargain Signatories engage with local and national responders in a spirit of partnership and aim to reinforce rather than replace local and national capacities.” Essentially, there is a commitment to localize interventions and empower local organisations more.

To build on this argument, international actors should really be moving towards “constructive irrelevance” (another fancy NGO buzzword), meaning INGOs should start transferring skills and resources to national actors thereby rendering themselves redundant. This is ambitious and perhaps not a very popular position with many in the development sector but think about it, who knows the solutions to their problems more than the people experiencing the problem themselves? As Ernesto Sirolli articulately narrated in his 2012 TED Talk.[2] However, the commitments signed in the Grand Bargain are far from being realized and from seeing INGOs rendering themselves redundant.

If donors and INGOs are serious about empowering local organisations, then ensuring the national actors receive more of the ICR is paramount! Not releasing these monies to the national actors amounts to crippling the ability of these organisations to respond to developmental and humanitarian issues in a timely manner and with the requisite resources.

Albeit slowly, the tide is turning – there has been increased interest by donors in having funding going directly to national actors. While this is a fantastic move, national actors need to become aware of some of the practices that can enable them to build their sustainability. ICR is one of those practices that they should negotiate (even fight) for when engaging with funders (be it aid organisations or donors) – making the case for covering of core costs, institutional and capacity strengthening.  They also need to push for better terms of engagement where ICR is not used as a tool for oppression and control but rather as a tool of empowerment and equality. Furthermore, ICR to national not for profits should be based on trust just as it is with international not for profits. Meaning, it should be given in good faith with the comfort that it is being utilized to further the organisation’s cause.  International not for profits should also re-think how they are operationalizing ICR in their institutions and how best ICR can be a tool for facilitating change and empowering country offices and their partners. Again, when well utilized and distributed ICR can be powerful!

Cover Picture: The View is Wonderful by Greg Noblin 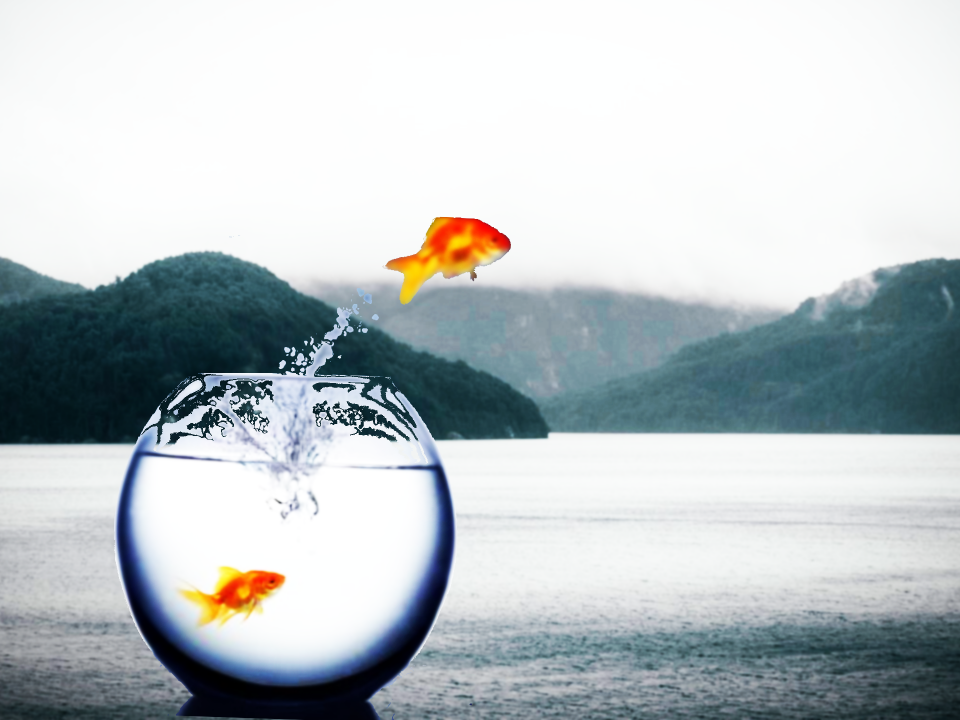