Sustaining long-term change means working with your own resources

The challenge of ‘localising’ aid 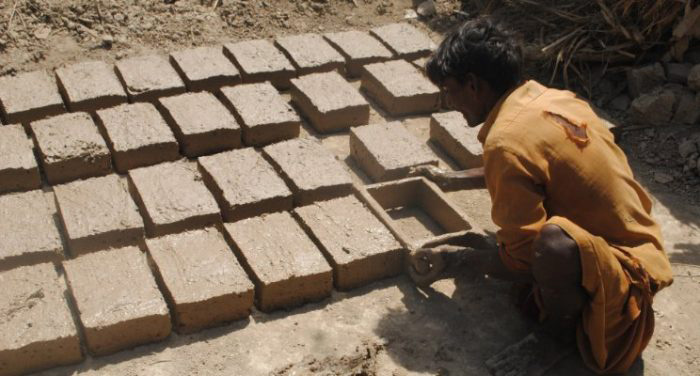 The development literature of the 1980s and 1990s gave considerable attention to participation in development – engaging local people, the “beneficiaries”, in decisions relating to their own development. This school of thought quickly drew criticism as the question was asked: what are they participating in? Of course, the answer was frequently that participation was little more than mobilising people in implementing an outside agenda, however well-meaning that may have been. Reflection on what other approaches may foster real local control of development continued as an abiding thread in the literature and in practice, but became more muted in the face of a focus on challenging the power structures that keep people poor and marginalised. Based on principles of social justice and common humanity, these approaches began to address issues of rights, governance and global relations and to underline the responsibility of governments and aid agencies to invest in equitable poverty reduction.

Such approaches are right and essential in an unequal world. They have however taken the focus away from how people live their lives in particular local contexts – what their aspirations and hopes, challenges and difficulties are on a daily basis, and how people can exercise control over long-term social and economic change. The more local the focus becomes, the more diverse the circumstances, cultures, languages, histories and environments are seen to be; large-scale, structural poverty reduction efforts can rarely address – or even perceive – that level of diversity; indeed, they may rather choose to ignore it.

That is where local institutions come in – working in the long term, understanding the context and fostering the use of local resources. I recently experienced this first-hand in Pakistan.

In the south-east of Pakistan, ethnic minorities live hard lives in the face of social discrimination, a deteriorating environment, unpredictable livelihoods based on share-cropping, historical exploitation by the majority population, and extreme poverty, with all the attendant problems of health, water, education, nutrition, land ownership, and so on. National and international development schemes are not accessible to people of such low social status.

Through the stimulus of an international NGO 20 years ago, a local movement began to take shape. From the start, the local leaders realised that outside help, while necessary and helpful, was only ever going to be a temporary support. For change to take place in that community in the long-term, local resources were the only sustainable solution. But what resources did such a community have? Could the meagre resources, if indeed available, be the basis for sustained change?

The local movement crystallised into a locally run organisation, the Parkari Community Development Programme (PCDP), and this process enabled access to some external funding. On that basis, a whole panoply of interventions took place: rights and gender awareness, education in the local and official languages for children and adults, village water points, individual and collective savings schemes, and health support. However, the vision was always to go beyond interventions towards a community which would have confidence in its own identity and capacity, and awareness of their rights as equal citizens, as well as trusted leadership and collective commitment.

This vision took shape as villages organised into committees, both male and female, and villages grouped together for further input and training. The organisation grew a community development network, which today spans more than 500 villages with over 27,000 registered members. The network consults and facilitates decisions on development priorities and articulates the key challenges of social change. This kind of ownership is neither new nor unique to this context.

However, the vision of sustaining local development had to go beyond that, and the current phase of the community development network involves turning village-level commitment into community-level commitment so that a portion of local resources, generated through collective savings, will enable the organisation to continue to provide education, training and other services, without expecting external resources. The aim is that 25% of collective savings will go to support the organisation. Consultations have shown that this is likely to work because of the trust and transparency of the organisation as well as its close identification with local communities – it is run by people from the same communities.

The vision is bold, the progress towards it in such a marginalised and vulnerable community is remarkable. Should a community like that be obliged to look to its own slender resource base in a world where untold dollars go to waste? Of course not, but they have realised that it is the only path towards long-term sustained social and economic change – on their own terms.

Happy holidays, back in January!

Clinton Robinson works as a consultant in education and development, and has experience in the NGO world and with UNESCO. His interests include models of development and the role of education in local and national development. He has a particular interest in the socio-cultural dimensions of development and education, as well as in basic education, literacy and adult learning. His recent work includes leading EU-funded projects for out-of-school children in Morocco and Sudan, quality assurance for the Global Partnership for Education, education sector review and planning in Afghanistan and Tanzania, as well as reports and research for the post-2015 education agenda.